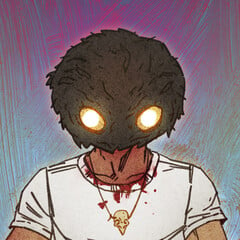 Lake has been creating franchise artwork for 10+ years. Before that, he attended Ringling College of Art and Design as well as the infamous Safehouse Atelier. His personal work delves into surreal fantasy and horror.

He has worked on properties across the entertainment industry including Dungeons and Dragons, Magic: the Gathering, NERF, the Transformers film series, Call of Duty, and Star Citizen. Lake is currently working as the Principal Artist for Wizards of the Coast Franchise Development, and also teaches at Visual Arts Passage.